This guide will answer what Logic Pro is, what it does, its features, how it compares to other music applications, and how to use it.

What Is Logic Pro?

What Is Logic Pro?

Logic Pro is a sophisticated software designed to allow musicians to record, sequence, edit, mix and render the music. Since its release in 1993, it has become one of the leading DAWs (digital audio workstations) for musicians to create music.

Logic Pro was created for Mac OS. It allows for non-destructive editing, which means you can edit the audio files without changing the source file itself. This is a great feature that is crucial for professional editing.

Musicians no longer need to invest in physical products like tapes, CDs, or vinyl – they can now simply sell digital downloads of their songs. This means that though the initial costs of Logic Pro are on the expensive side, they can recoup some of that money by selling their music online.

What Are The Features of Logic Pro?

Logic Pro is one of the best DAWs for musicians to use when creating their music. The workstation has many features, some of which include:

Logic Pro includes a multi-track recorder that allows users to record their instruments and vocals on separate tracks. Once the recording is done, they can edit it with Logic Pro’s non-destructive editing capabilities.

Logic Pro allows users to edit the audio from vocals with effects that make it sound amazing. For example, users can adjust the pitch, add harmonizers, change the tempo/pitch, and more.

Logic Pro also includes input music notation and changing pitches without affecting playback. This makes it easy for users who want to learn or teach music.

Since Logic Pro allows for non-destructive editing, users can edit the audio files without changing the source file. This also means that a user can make changes or undo changes to an audio file without affecting the original.

Logic Pro also allows musicians to use a variety of effects and sound libraries that will help them create music with high-quality sounds.

Logic Pro’s advanced sampling section allows users to use both sample-based and synthesized sounds. It allows for easy access to drum kits, instruments, and effects to give users a wide variety of sounds that they can use.

Logic Pro’s sequencing capabilities allow users to easily arrange their music in one project. This makes it easy for musicians to get the timing of their songs exactly how they want it, without needing to rely on programming or automation.

Logic Pro includes many built-in instruments and effects to allow users to create their music.

One of the main advantages of Logic Pro is that it allows users to create music with high-quality sounds. The workstation has a wide variety of effects and instruments that will allow users to create difficult sounds with other DAWs.

Logic Pro allows users to customize their workflow by rearranging their windows, making new windows, and more. This gives the user complete control over their workflow.

Logic Pro is used by many different types of musicians, from beginners to professionals. Hobbyist musicians love it because they can create music simply and quickly. More advanced users find Logic Pro easy to use and enjoy having access to its tools for professional-level production.

What Can Apple Logic Pro Do?

Logic Pro is one of the most powerful DAWs on the market today. It allows musicians to create their own music with great-sounding features and effects.

Logic Pro also has MIDI sequencing capabilities that allow users to edit their music with ease, allowing them to make changes quickly without affecting playback quality.

Users can easily use Logic Pro to create music without learning the complicated processes that other DAWs require. Its wide variety of effects and instruments allows the user to create high-quality sounds.

Is Logic Pro Better Than Garageband?

While Logic Pro is often recommended for musicians interested in creating their own music, many people wonder if it’s better than Garageband.

While both DAWs are easy to use, each has its own strengths. Logic Pro is recommended for musicians who want to create their own music with high-quality sound and MIDI sequencing.

Garageband is recommended for musicians who want to use simple recording techniques and some built-in effects and instruments.

If we compare Logic Pro with Garageband, Logic Pro anyway has more beneficial features to musicians.

Logic Pro is great for creating your own music, as it has many tools that will allow you to create high-quality music. It also allows for MIDI sequencing so you can easily edit your music with ease.

You can also use Logic Pro to create music with ease, without the complicated process that other DAWs require.

Logic Pro is more expensive than Garageband, but it’s also more powerful and has many features that will benefit musicians.

Is Logic Pro Free On Mac?

Logic Pro is not free, but it does come with a limited free trial, so users can try out the program to see if they would like to purchase it. The trial lasts 60 days, but after that period is over, it will stop working. The paid version of Logic Pro starts at $199.99.

How Do You Use Logic Pro?

Logic Pro was designed to be easy to use for people who are not musicians or have no experience using music software. This gives users the ability to create their own music without any prior knowledge about creating it.

Logic Pro allows users with MIDI devices to play their parts directly into Logic Pro so they can easily edit any mistakes they make without affecting playback quality. You can also simply play the part into Logic Pro by using a keyboard or other MIDI device.

Logic Pro gives users complete control over their workflow through its customizable interface. You can rearrange your windows, make new ones, and more to give you the ability to create music at your own pace.

Can Logic Pro Run On Windows?

Logic Pro is only available for Mac OSX. It cannot be used on Windows computers. This is the biggest drawback of Logic Pro that Windows users will not be able to use it, although Mac users can still run Garageband for Windows on their computers.

How Much Does Logic Pro Cost?

Logic Pro costs $199.99 for the paid version, and it also comes with a free trial for Mac users that lasts 90 days before it stops working. You can purchase and download Logic Pro from the Mac Apple Store online.

How Do You Record A Song On Logic?

Logic Pro allows musicians to record their parts into Logic Pro. The musician simply needs to select an input source for recording on the channel strip to do this. They can then start playing their part on their MIDI device or keyboard, and it will show up as a waveform in Logic.

Many different inputs can be used when recording parts in Logic Pro, such as the microphone input or even a USB audio interface.

Logic Pro also has numerous effects that can be added to the part before recording. These effects allow users to change or enhance their sound, making it unique and different from anything else.

Here are the most popular Logic Pro items on Amazon. 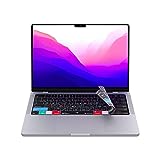 We hope you now have a better understanding of Apple Logic Pro and why it’s so popular with music creators.