In this guide we will answer what are samples in music, provide examples of music producers sampling, the history of sampling, and how to get music samples.

What Are Samples In Music?

Samples are audio takes or clips of a recording, typically parts of another song. Music producers and beatmakers use samples to loop or add drum patterns. DJs often use samples from the vocal or lead instrument from a popular song, then drop it into the mix of their music.

What Are Samples In Music?

Samples are small fragments of audio tracks taken and then looped or layered in some way to create an entirely new sound. Sampling is an important part of many genres.

A range of genres, including hip hop, house music, and trap, rely heavily on sampling to create a recognizable sound. Sampling is the act of taking a small section of another’s original work, often a piece of music, and using it as the basis for one’s own piece.

There are many types of sampling, which vary depending on the type of music, the artist, the original music, etc. Certain sampling types are protected by copyright law while others are not.

The essence of sampling is taking a segment of an existing track and repeating it over and over. This can be done by cutting the track into small segments and then playing them in succession to create a loop or taking a small track segment and then looping it using an audio editing program.

The sampling technique has been around for decades. Hip-hop, which emerged in the seventies, is one of the genres most synonymous with the use of samples. In hip-hop, a beat is created from a looping sample of a drum track, which makes it easier for the DJs to add layers of different tracks.

Music producers and artists will take a song and cut and take a “sample” of it and use it to make a new song. Samples can be anything from drum loops to full songs and vocals. Following are a few basic types of samples.

Strings: Producers who want to add a classical element might use a string sample.

Basslines: One way to make a song sound better is to include an eye-catching bassline sample in your music.

Hook: If you like the catchy lines in one section of the song, you can sample the chorus.

Drum loops: Drum loops can be broken down into several categories, including snares, kicks, and 808s, and added to the music as samples.

Purpose of Using Samples In Music

Samples can be found in music as a way to help artists and producers obtain pieces that they may not otherwise obtain and use.

Samples help musicians and producers make more creative and innovative music. Many famous artists such as Kanye West and Jay-Z utilize samples to create certain instrumentals for their songs.

Related: How to Sample Songs to Make a Sampled Beat

What Does It Mean When A Song Gets Sampled?

Sampling in music is when an artist or a producer uses a recorded piece from someone else’s song to create their song. They take the original piece and add it to their song.

Music sampling became popular in the 1980s when digital audio technology became cheaper and easier to work with.

Some DJs and producers would take the vocal parts, use them for a new song, and sometimes sample the instrumental parts too.

Many songs are sampled from other songs, but the length of the sample cannot exceed a 30-second limit according to copyright laws.

Is It Legal To Use Samples In Music?

Pretty much every site says you can use samples of copyrighted material in your songs if you pay to license the samples – but first, you need to identify which samples are copyrighted.

Many websites also offer royalty-free samples of their own production or other artists worldwide. You need to read the terms of use policy to identify which samples are free and which ones are copyrighted.

For copyrighted samples, you have to ask permission from the person who owns the copyright or purchase rights before you can use their material for your song. Otherwise, you’re in violation and may be liable for a fine.

What Are Famous Examples Of Sampling?

Modern music is largely made up of samples. There are several great examples of music that utilizes samples successfully. Let’s take a look at some of the most famous examples.

This song features a vocal sample from Shirley Bassey’s “Hey Big Spender” and a drum loop from Marilyn Manson’s “The Beautiful People.”

West has stated that he enjoys the idea of taking two sounds and having them collide together, creating something new.

2. Eminem’s “My Name Is” samples Labi Siffre – “I Got The”. You will also recognize the start of the song use used in Jay-Z’s “Streets Is Watching”.

5. “Touch It” by Busta Rhymes – The voice in the background is a sample from Daft Punk’s “Technologic”.

The song was a smash hit and got tons of radio play, which helped boost Busta’s name.

Music sampling has been around since the early days of hip-hop music, with many DJs making beats by taking drum breaks and replaying them on turntables.

In the 1970s, hip-hop DJs began using two turntables at once and playing breaks from various sources, including old records, funk and soul songs, and disco songs.

Recording technology has evolved significantly since the early 20th century. Because of this, sampling is a relatively new concept. It was not until the 1970s that artists began to take advantage of the digital editing technology that was now available.

Other artists known to have been influential in the rise of sampling include DJ Kool Herc, Afrika Bambaataa, and Joeski Love.

Where Can I Get Music Samples?

There are many ways to obtain music samples online. We have tons of helpful articles on finding free music samples.

You can also purchase sample packs on some online marketplaces. Many sites offer sample packs that contain a variety of samples, including drum loops, sound effects, and other instruments.

What Is Chopping A Sample?

Chopping a sample is a process that involves isolating a small portion of a song, recorded music, or sound and then editing it to create a new sound. Chopping is widely used in hip-hop and other forms of music, such as electronic dance music.

To create a complete composition, chopping is often used in conjunction with other techniques, such as looping, layering, and DJ scratching.

Do Artists Pay For Samples?

Artists do not necessarily have to pay for samples. There are sites on the Internet that specialize in completely royalty-free cataloging samples. They allow artists to download and use the samples free of charge.

However, most of the time, samples are cleared with the copyright holder of the original song. This means that the artist must pay for using these samples.

The amount of money that artists have to pay for using samples varies. Most websites ask to pay a one-time fee to purchase the license for a lifetime.

Using copyrighted samples without permission is illegal. If an artist gets caught, they will face legal consequences for their actions.

Here are the most popular music sampling products on Amazon. 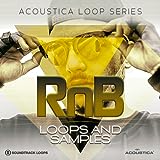 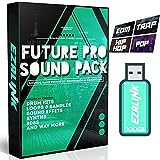 Summary of Samples In Music

Samples are audio takes or clips from a recording; usually parts of another song. Producers and beatmakers use samples to add loops or drum patterns. Samples from the vocals or lead instruments of popular songs are often used by DJs in their tracks.

We hope you now have a good understanding of what samples are and how to use them.