What Are Diminished Chords?

What Are Diminished Chords

A diminished chord is a triad that is built from the root note, minor third, and a diminished fifth. It is a chord with two minor thirds above the root, which means three semitones separate the fifth and third notes of the chord.

Consider this example: a C major triad contains the notes C (the root), E (the third), and G (the fifth). Hence, a diminished C triad has the three notes: C, Eb, and Gb.

Diminished notes can add a sense of tension, drama, and suspense to music. They have a unique timbre that sounds dissonant, dark, and eerie. Their oddness makes them appealing.

However, the flattened fifth makes the diminished chords sound unstable and instills a desire for tonal resolution. They have the characteristic of leaving the listener hanging, making the resolve to consonant chords even more impactful. The sense of tension in diminished chords makes them interesting to use in progressions.

How to Recognize Diminished Chords

Many musicians struggle to recognize chords, while others have some sixth sense when it comes to hearing chords. This often depends on the main instrument.

Singers, drummers, and other musicians who do not play harmonic musical instruments like the piano have difficulty hearing diminished chords.

There are a few different ways to identify diminished chords in music. Depending on your musical training, you might be inclined to use one method or a combination of methods.

The three different ways to recognize a chord:

The special diminished sound originated from the flattened or diminished fifth, which is also known as the tritone. The term ‘diminished’ refers to the interval between the root note and the fifth note in the chord.

The chord is smaller compared to major and minor chords, which is why it’s called diminishing-making smaller. The sound of diminished chords is described as unstable, disruptive, and even scary, and those are precisely the qualities that make these chords so helpful in chord progressions. They deliver drama and surprise.

What Are The 3 Diminished Chords?

What makes triads unique is the quality of their constituent intervals. Like all triads, it has three notes: a root, a third, and a fifth. The diminished triad has a minor third and a diminished 5th.

Although the diminished triad is a chord itself, it can be considered as the common building bock used to create bigger chords: diminished 7th and half-diminished chords.

The half-diminished chord is a 7th chord composed of a root note, coupled with a minor third, a diminished fifth, and a minor seventh.

Diminished chords create a step-wise motion in the root notes of the chords, which sounds great and adds an intriguing sense of movement to your music.

An excellent example of this is George Harrison’s ‘My Sweet Lord.’ At 26 seconds, the chords change, and you can hear an F diminished chord. This chord works as a bridge between the E major and F minor.

What Are Some Diminished Chord Examples?

Here is a list of songs that include diminished chords.

How To Play Diminished Chords?

In music, minor chords evoke a certain sadness and have an eerie quality. Diminished chords can take that sound even further by adding a flat fifth.

Here is how you can use a diminished chord:

Another way to use diminished chords is leading into a song’s vi chord, which is the minor chord built on the 6th scale degree of the key. Like the I – ii bridge, this use takes advantage of the diminished chord’s capacity to lead the listener’s ears in a specific direction.

The song “Stay with Me” by Sam Smith is a perfect example of the diminished song leading to the vi chord. The song is in C major, while the chord progression throughout the song stays A minor (the vi chord), F major (the IV chord), and C major (the tonic chord). An Ab diminished chord is added to lead into the final repetition of the progression, and it can be heard at 50 seconds under the word ‘darling.’

This is a clever use of the diminished chord as it leads up to the most lyrically critical moment of the song at the end of the chorus. While it may seem like a small thing, diminished chords can add the emotional tension that makes the hook impactful. Without it, the song would end up sounding bland and repetitive.

What Is A Half Diminished Chord?

What Is A Diminished Guitar Chord?

Diminished chords are usually never used as anything other than a passing chord. They can sound unstable and dissonant on the guitar by themselves, almost unusable. The trick is to place them between the right chords and create great transitions. Generally speaking, diminished chords have a distinct jazzy quality to them, and they appear in varieties that emphasize voice leading and dominant functions.

Here are the most popular items on Amazon related to diminished chords. 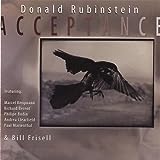 We hope you now understand diminished chords and how to use them when playing musical instruments.