This guide will answer what is a music score, explain its differences from a soundtrack, provide examples of musical scores, and the different types of scores.

What Is A Music Score?

A Music Score is a composition that contains music notations highlighting rhythms, frequency, pitch, and instrumental notes in the song. Scores are typically created to accompany a film or video game. Scores in music are the blueprint of the composition.

What Is a Music Score?

The terminology “score” in music is the basis on which compositions are performed in songs or tunes. A score is a musical notation of a variety of harmonic, classical, or digital instruments on a printed page. It is recorded by musical symbols representing the performance of pitch, rhythms, and length of notes. This score is transformed into a script or can be called a manuscript of the work.

“Sheet music” is a term that is interchangeably used with “Score”. It separates the inked, printed form of musical notations from the audio and video formats such as CD, DVD, Cassettes, radio, ETC. Sheet music can be taught and played to produce a solo piece or even an entire ensemble.

A music score is not necessarily an ensemble of a complete composition piece. Still, it can also be a solo part or consecutive section of elements that could ultimately become a whole piece. An orchestral score has all the parts but with each part on different staves for a grand musical storytelling executed by the conductor.

The previously mentioned ‘part’ is essentially the line(s) of the way and length of the notes that the artist of the intended instrument has to play. To ease the readability of the score, the subdivision of the notations of similar frequency instruments typically has a combined stave.

This ensures that the conductor can sort out separate instruments and the overall blend of the work. The respective musical conductor mostly memorizes the score to have a firmer grasp on the ongoing live performance as per the sheet.

The usual group arrangements of instruments under a score needed for versatile work are woodwinds, brass, percussion, harps and keyboard instruments, and strings. Latter being from top to bottom of the page. The parts rank from high to low pitch under each and every category of the work. In the case of a single part, it is placed above strings, as in the case of the concerto. Whilst the standard arrangement from top to bottom in a vocal work are SATB (soprano, alto, tenor, and bass)

What Are Some Musical Score Examples?

Here are some of the top 50 famous and widely acclaimed music scores used in movies(the movie names are listed first, followed by the original composer):

Top 10 film scores to listen to:

What Is The Difference Between A Song And A Score?

A score is a piece of music orchestrated mainly through instruments under the conductor’s command. It is composed by a single composer while sometimes having more than one. On the other hand, songs can be made by multiple artists and bands. It can also have a vocal-heavy track while vocals in music scores are rare to none. The score depends on the instrumental side of the music spectrum that has a range of parts played by musicians to form a singular harmonious melody.

Songs have an endless variety and usage. It is mainly at the center of attention of any project. It is made according to individual needs. However, Scores only have two types which are Featured and background. The majority is the latter. The purpose of scores is to alleviate the moment it is used without diverting the attention from the moment. Score amp up the scenes where it is played in order to boast and complement. The featured score is commonly used in a montage scene where the music propels the scene.

Related: What Is A Composer In Music

Why Is It Called A Score?

The concept of score began with reference to jotting down the “score” of lines connecting staves on a page. The root word is derived from Norse terminology; “skor”, translating to “incision”. But instead of deleting a line, it meant to insert one. The practice of drawing lines on a stick would be 20 lines to fill it. Hence the old English word; “score” directly translates to Twenty.

The “score” in music is meant by all parts of a musical piece printed or penned down in a vertically aligned, connected by bar lines, and preferably on the same page. This modern-esque style of scoring the bar lines vertically first became prevalent in the 16th century.

What Is The Difference Between A Score & A Soundtrack?

The music score in a piece is defined by the way it is composed, specifically in a drafted manuscript. It has an allotted time slot and designated musical instruments that are performed by various musicians according to the part written for them in the sheet. All of the musicians play their parts in order to form an ensemble and produce a good blend of composition that ultimately forms a harmonious melody. The prime example is the orchestra performing a score. There could be a single or more than one composer.

The soundtrack is simply the songs or melodies; usually, existing ones, that are picked up by studios or record labels. They are compilations of existing or sometimes original soundtracks selected by the studios for their films. The soundtrack features multiple bands, singers, and musicians. It typically has vocals to them, whereas scores are mostly just instrumental instructed by a music conductor.

What Is Meant By Original Score?

Original score, as the name suggests, is the pioneer version of one’s own composition. The piece has to be original and cannot be copied or mimicked by existing music scores. The original score is commonly referred to as an OST (Original Soundtrack). It is made with the concept of the project; it will be used to amplify the mood and feeling of the said project. Such scores are played as a background track in films and other media productions.

Original scores are used to stand out and have a branding effect on the listeners. A single composer usually is credited and awarded for their originality and fresh execution on new ideas for their musical piece.

A famous example of OST is in the movie “The Dark Knight”, composed by Hans Zimmer and James Howard Newton, which won a Grammy award. This particular OST made the movie experience much more impactful. Below is the link for it:

Why Is A Good Musical Score Or Soundtrack Important?

A Good Musical Score or Soundtrack is so Important because they are the mood setters and help feel the intended emotions that need to be displayed. The primary way to relay the on-screen intensity of any given moment would be the background soundtrack being played. Scores are used to stand out and have a branding effect on the listeners. The atmosphere depends on the usage of a musical score.

A huge example of the importance of Musical scores can be shown in the “Titanic” movie track, where the heartfelt and tragic moments were cemented in legacy due to the power of a mighty original soundtrack.

Here are the most popular scoring products on Amazon. 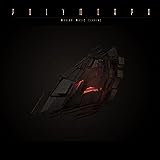 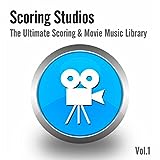 The music score is either written by hand or is a printed piece of musical script. The script is illustrated by musical symbols that highlight the song’s rhythms, frequency, pitch, and instrumental notes. Written down scores are known as “Sheet music”, while audio and video mediums are known as “scores.”. The score is the blueprint for the composition.

We hope you now understand musical scores and how they are used in films.